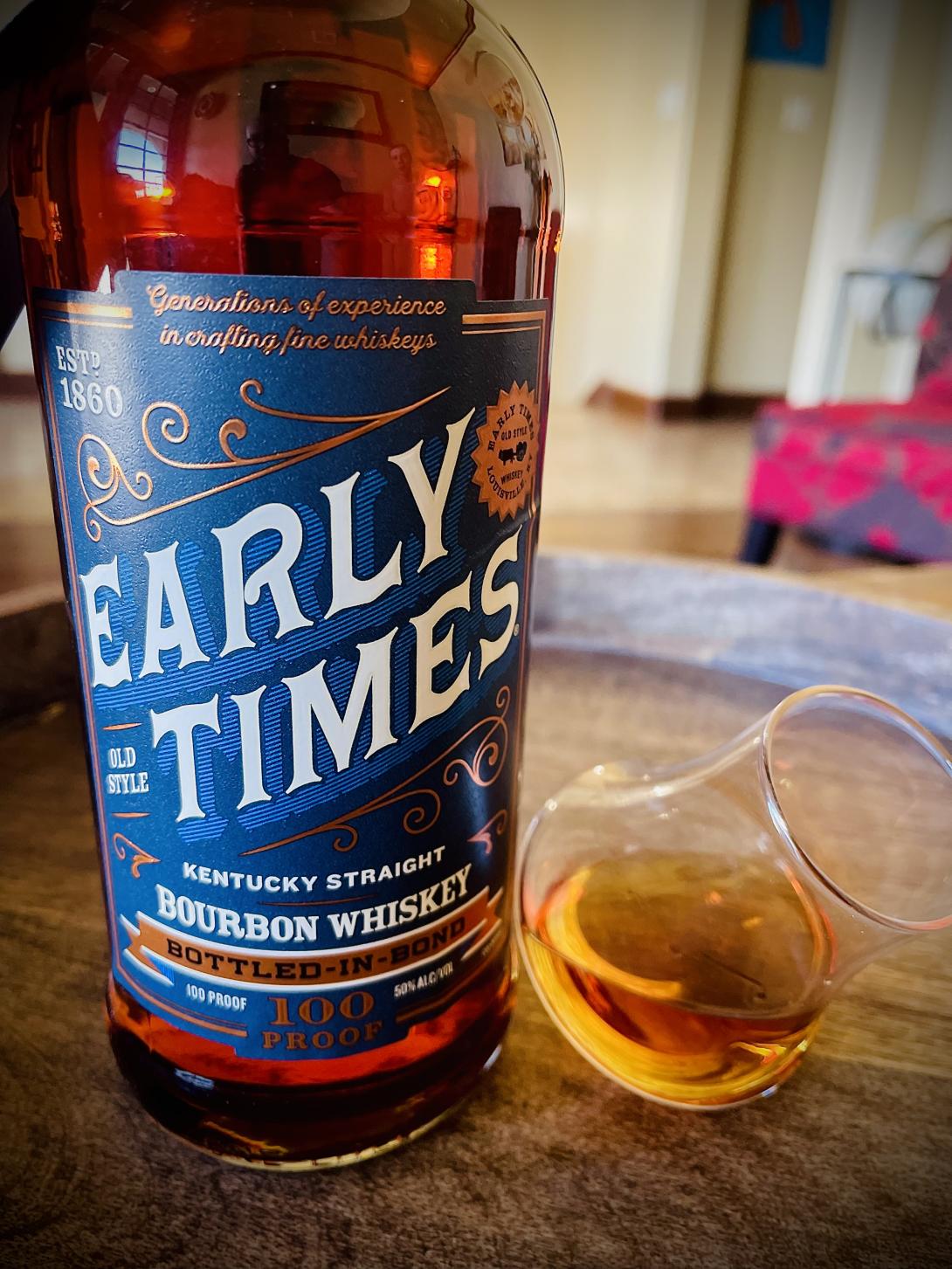 John Henry "Jack" Beam, the son of Jim Beam's brother David, founded Early Times. At age 21, Jack departed his father's distillery in 1860. Near Bardstown, Kentucky, he constructed his own distillery and began producing Early Times there. After Jack died in 1915 at 75, the distillery's activities ended.

Owsley Brown, the proprietor of Brown-Forman, finally purchased the Early Times brand and supply of maturing barrels in 1923 (although noticeably not the distillery). Early Times Bottled in Bond, which Brown-Forman introduced in 1945 and saw such strong sales, finally rose to the top spot among bourbons in America in 1953. In 1955, Brown-Forman built a new distillery in Shively, Kentucky, and gave it the moniker Early Times before changing it to Brown-Forman Distillery.

Unfortunately, the Early Times brand switched from bourbon to blended whiskey during the tough times the industry faced in the 1970s and 1980s, abandoning the Bottled-in-bond designation. Early A mix of pure bourbon and light whiskey called "Old Style Kentucky Whisky" was created.

According to the business website, the distillery that produces Early Times, DSP No. 354, has been operating under the same ownership for the most extended period in Kentucky. According to a press statement from the firm, the Early Times brand has been around for 160 years, making it one of the oldest bourbon brands.

Whiskey must meet specific requirements to bear the Bottled-in-Bond label, including being produced by only one distillation season and one distiller at a single distillery. It must mature for at least four years in a federally bonded warehouse under U.S. government oversight and be bottled at precisely 100 proof. Additionally, the distillery where it was distilled and where it was bottled, if different, must be clearly stated on the Bottled-in-Bond label. ‍

Brown-Forman has held the Early Times brand since buying it in 1923. The Early Times bourbon's mashbill differs somewhat from the more typical 72% maize, 18% rye, and 10% malted barley mashbill. Even though it originates from the same distillery as many of Brown products, it is not the same as the Woodford Reserve and Old Forester lineups.

This version of Early Times may be compared to other bourbons since it is bottled-in-bond, meaning it must meet the minimum age of 4 years allowed by law. Old Grand-Dad Bottled in Bond, a fan favorite with a lengthy history, comes to mind as one in particular. Early Times Bottled in Bond has a mellower, more subdued taste profile than Old Grand-Dad, which is hotter and more heavily flavored with cinnamon.

The statement that Early Times Bottled-in-Bond's taste profile is often described as mellow remains true compared to other brands. Understanding the subtle differences in Early Times' taste profile can help you better understand how it was made. Early Times is produced using a special mashbill and a secret yeast strain. Notably, Jack Beam created the brand in 1860 by boiling the distiller's beer in a copper pot still over open flames after heating the mash in tiny tubs. The mouthfeel of an older bottle of Early Times (seen in the photos below) is surprisingly creamy and unique. This quality is still present in the current version of bottled-in-bond but to a lesser extent.

It's vital to remember that Early Times Bottled-in-Bond is only sold in 1-liter bottles containing a full 13 more bourbon than the more typical 750 ml bottles. When converted to the more common 750ml size, the liter's average price of $25 works out to just $18.75 per 750ml of bourbon. Simply said, this is a great offer. Pricing will change from market to market as distribution spreads to new regions of the nation and distributors and states establish their baseline. But I'd contend that if the markup rises, the value will soon decline since this is a drinker's bourbon. Early Times' taste profile pales compared to the many choices available at slightly higher $30 price points that provide a more engaging drinking experience.

An easy-to-like drinker's whiskey is available at an even easier-to-like price thanks to the rejuvenated historic brand extension known as Early Times Bottled-in-Bond.

Early Times Bottled in Bond aims to appeal to a broad audience at an incredible price. Anyone who looks beyond the glass will appreciate the brand's extensive and fascinating history. Even though the taste profile and drinking experience are good, this drink is only noteworthy because of its fantastic pricing and accessible flavor profile. Simply said, Early Times Bottled-in-Bond is worth looking for and keeping as a staple on your shelf, but not if you have to spend too much for it.

Honey and orange peel undertones blend onto a background of caramel. While the nose is typically pleasant and accessible, it is relatively light overall. It needs a vigorous draw and swirls to reveal even these strongest aromas.

The mouth is coated in sweet caramel and candy corn, which surrounds the tongue with a creamy, thick feel. Vanilla, citrus, and a very light tobacco scent blend together. A subtle rye spice teases you as you swirl the bourbon about covering your lips. Although it's delicious and perhaps tricky to detest, it lacks just a touch of punch to take the bourbon to new heights.

In the aftertaste, the spice intensifies with a peppery-rye burst and a building sweetness made of vanilla and raw sugar. A pleasing balance between the sweet and sour flavors results in a satisfying and lingering aftertaste. The sip's feature is its finish, which elevates what would otherwise be a pleasant but mediocre experience to above-average status.