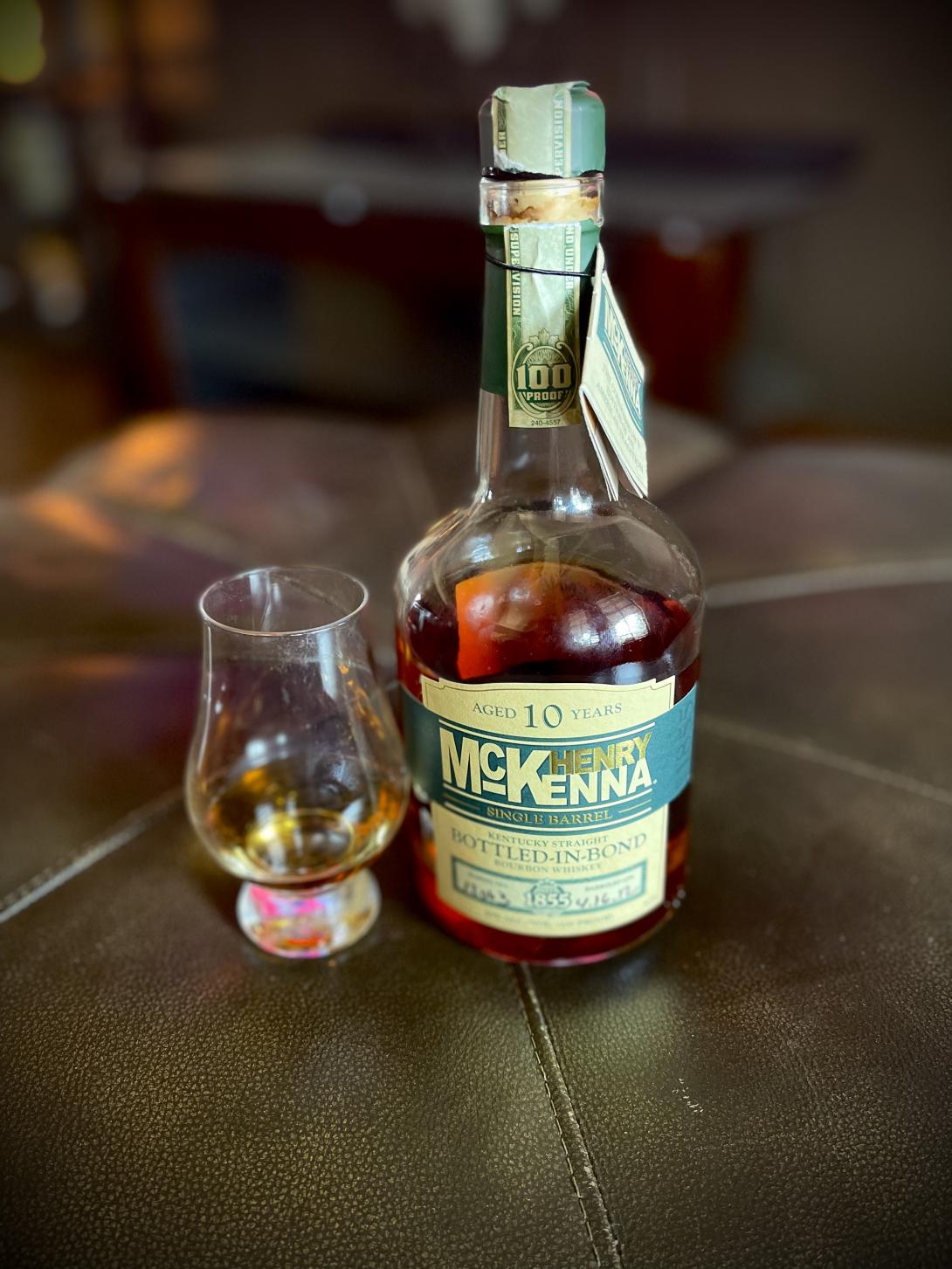 Since I haven't had any Henry McKenna 10 Year in a long and this is my second time purchasing a bottle, I have high hopes.

This whiskey was awarded best in 2019 at the San Francisco World Spirits Competition, making it a highly sought-after and becoming harder to locate allocation.

Although not spectacular, this Henry McKenna 10-Year Single Barrel bottle has a pleasant, smooth offering. It may not be the finest in the world, in my opinion, but that's just my taste. The San Francisco Spirits Competitions bottles must have been the nicest ones Heaven Hill had available since single-barrel offers may vary significantly.

10-year-old BIB bourbon is expected to be flavorful to the brim. This one, however, the tastes leans firmly toward the "thick black oak" side, and both flavors fade away at the end. It isn't too oaky per such, but it does appear to lack a lot of the complexity that extensive age in Kentucky generally brings. In light of what rival Dickel is doing in the Bottled-in-Bond market, I want more from a $45 bottle of bourbon.

Just because a label from a reputable company has all the appropriate wording, it doesn't always guarantee it will live up to your expectations. I had had Henry McKenna whiskey (as well as a lot of Heaven Hill liquor) before breaking the seal on this bottle, so I knew what to expect. I was looking for an excellent, well-balanced bourbon that was relatively high quality for the money. Instead, I received a strange-tasting glass of juice with a resinous solid oak flavor, a dreadful lack of balancing sweetness, and a vaporous aftertaste. It's not the bourbon I anticipated from the name. Still, I won't say I'm disappointed either since there's always a demand for Old Fashioned ingredients in my household.

Henry McKenna 10 Year Single Barrel's alcohol floods my nostrils right away. After recovering, I can smell some wood, pine, brown sugar, and sweet corn, but it's still very alcoholic. This smells like moonshine but lacks the mashed corn's sweet and somewhat sour aroma.

The alcohol also gives off a powerful, repulsive metallic odor. Henry McKenna's 10 Year is off to a bad start.

When I'm nearly done with the glass, I smell a bit more grass, but that's about it. I wonder whether the barrel was aged less vigorously since it was stored lower in the warehouse, with less temperature and humidity variation.

I smell a little wood, pine, sweetness from the honey, and maybe some maple syrup when the glass is emptied, and just the heads are left on the side of the glass. This whiskey does not smell like a 10-year-old bourbon due to the heavy alcohol aromas. This barrel of Henry McKenna 10-Year Single Barrel Bourbon smells pretty nasty.

It's lovely to have a change of pace, and Henry McKenna 10 Year Single Barrel starts out very delicious. There is caramel and a little rye-derived mint spice, but the alcohol content is still too high. I present a bit more pumpernickel bread, wood, caramel, and honey on my second tasting. Unfortunately, a lot of the taste is still overpowered by alcohol; this is unavoidable.

I had hoped that the alcohol in Henry McKenna 10 Year bourbon would mostly be found in the fragrances, but it permeates everything. Even worse, it persists even after the bottle has been exposed to air for a few weeks. Simply said, it's stuck being a heated, flavorless mess.

There is no discernible aftertaste. The smell of oak, something bitter from the wood, and grass are all present. The aftertaste reveals a startling disappearance of the alcohol.